What every man needs to know

We sent our best wishes to Mick Harford of Luton Town FC, on hearing that he had been diagnosed with prostate cancer. We also thanked Mick for being open and public about his diagnosis. We know that whenever a well known person is open about it, it helps many other men to become more aware, and can improve their chance of an earlier detection and improved outcome too. When Bill Turnbill and Stephen Fry both announced they had been treated for prostate cancer in 2018, this caused a large number of men to come forward for testing, and many men were diagnosed and treated much earlier than they would otherwise have been, significantly improving their outcomes and minimising their side effects. Mick is well known particularly among football fans in the local area, and we hope this will result in more men coming forward for eariler diagnosis and treatment. 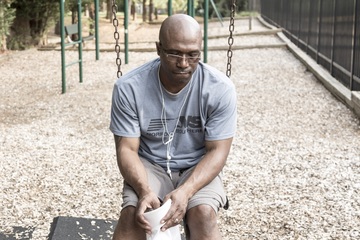 Prostate Cancer is the most commonly diagnosed cancer in the UK, yet there's no screening program such as those for breast cancer and bowel cancer (the second and third most commonly diagnosed cancers). It is very much the responsibility of each man to keep an eye out for their own health when it comes to prostate cancer. Over half prostate cancer diagnosis are at a late stage (T3 or T4), when the disease is more difficult to treat. The government had aimed to reduce this late diagnosis significantly, but the opposite has happened, particularly in the light of COVID interfering with many medical processes. In Luton, the figures are worse than the national average because men come forward for diagnosis later. This page will tell you what you need to know and how to reduce your risk of being diagnosed late.

You are welcome to contact us if you are concerned about prostate cancer, but bare in mind we are not clinicians. You can contact your GP, or the Prostate Cancer UK specialist nurses (see the External Links tab).

So when should you be worried about Prostate Cancer? 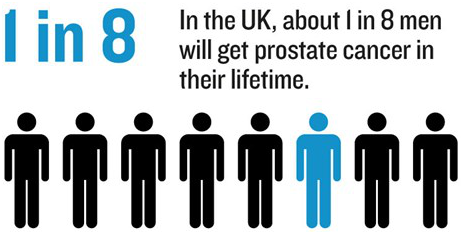 Your risk of Prostate Cancer

We don't know what causes prostate cancer. For some cancers, what you eat, if you smoke, what you drink, and if you are overwieght can increase your risk of getting that cancer - these are said to be lifestyle cancers although lifestyle may have only a small effect in some cases. You can still get them if you have the perfect lifestyle, but the risk is lower.

Prostate Cancer is not a lifestyle cancer, or at least, we haven't yet learned what lifestyle factors might raise your risk. This means prostate cancer happens to many very healthy people, and it can be a significant surprise.

However, we do know a number of things that increase your risk of getting prostate cancer.

The most common symptom of prostate cancer is nothing - no symptoms at all, particularly in the early stages, but sometimes in late stage too. This means you mustn't assume you don't have prostate cancer just because you have no symptoms - you still need to consider your risk.

There are some symptoms which could suggest prostate cancer as a possible cause. However, they are all more commonly symptoms of something else, so there is no symptom from which you can easily identify prostate cancer. If you have any of these symptoms, you do need to be investigated though, to be sure it's not prostate cancer (or some other potentially serious cause).

It is worth repeating that all of these symptoms are more commonly caused by other things, but they can be caused by prostate cancer, so you do need to get yourself checked out if you have any of these.

So, how do I get checked?

If you have any of the risk factors or any symptoms, you should get checked. You should consider getting checked even if you don't. 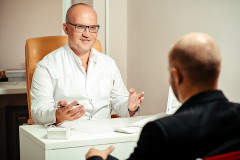 In the first instance, make an appointment with your GP. Talk to your GP about your risk and your symptoms, or just your concerns. The GP can order a PSA blood test. This tests how much of the chemical the prostate makes, PSA, is leaking into the blood stream. Around 85% of prostate cancers cause extra PSA to be leaked into the blood. While PSA tests are very accurate measures of PSA, many results are in a wide range which doesn't tell you if you have prostate cancer, but indicates you need to be checked further, in which case you would be referred to hospital for an MRI scan in the first instance. A PSA test can never tell you that you don't have prostate cancer, because about 15% of prostate cancers don't generate a raised PSA level.

Another check your doctor can do is to feel your prostate. Prostate cancer can sometimes be felt on the prostate, but it's not always in a location which can be felt. The doctor might also identify that you have an enlarged prostate (which is unrelated to prostate cancer) and might be the cause of some of your symptoms which can often be easily treated with medication.

Some doctors are concerned that getting checked might start you down a path of prostate cancer investigation which ultimately results in you being given the all-clear after many anxious weeks and tests, or even that you may end up being treated for prostate cancer when it could have been left alone and never had any impact on you (known as over treatment). This used to be a significant issue when diagnostic processes were much more primitive than they are today, but there is probably still a small amount of over treatment, estimated at around 4%. Some GPs still think of when this figure was much higher over 10 years ago. On the other hand, with over 50% of cases being diagnosed late, it would seem that we are not testing often enough, early enough. Never allow yourself to be persuaded not to have a PSA test just because you have no symptoms - most men diagnosed with significant prostate cancer have no symptoms of the cancer.

You should also consider asking for periodic PSA tests, because the rate of change of PSA levels over time is a much more useful indication of prostate cancer than the actual value of a single test. The test interval might be anywhere between 1 and 3 yearly, depending what the level is and the rate of change of previous readings. 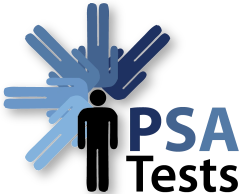 If you struggle to get a PSA test from your GP, you can do one by post if you're up to using a finger pricker and collecting a small sample of your own blood (just under 1cc, or about 15 drips). At the time of writing, this costs £25 and returns a result to 2 decimal places, and an interpretation of the result, based on the value, your age, and the rate of change if you've done previous PSA tests using the service, and what to do next. Some local charities also offer PSA tests from time to time. If you are interested in using postal or local charity testing, you start by registering at https://mypsatests.org.uk/ and you can look at the list of community testing events or order a postal test.

Don't forget you are welcome to contact us is you have any questions.